Once again, Greece is wreaking havoc on the Eurozone. Whether it's almost-bankrupcy or left-wing party rejecting austerity measures, Greece continues to be an eye-sore to all normal EU countries.

There's something about Balkan countries that prevents people living in them to see the long-term picture. And when I say that - I'm part Greek part Serbian, so trust me I know what I'm talking about. They are all very much concerned with "me, me, me, now, now, now" attitude. If Greece rejects austerity measures, out they go from Eurozone and they can say bye-bye to free trade with EU and visa-free movements and work opportunities throughout EU. Greece refuses to see how their exit from EU would affect them in a highly negative way.

Even if they do exit, Greece will still be broke and would have to turn to IMF for other kind of austerity. And I seriously doubt that it will be as favourable as the one EU gave them.

Yes, times are hard for the people, yes they lied about their numbers prior to getting into EU, yes they've now made a mess by electing a left-wing party. So shouldn't here be some kind of retribution for their past actions? Greece continues to misbehave politically, playing mind-games when they're not really in a position to do anything. All they're doing is bluffing. Adding self-importance and boosting egos has never ended well historically for the small countries. The only countries allowed to bluff are those with enough power to actually cause serious harm to economy by NOT being a part of a union.

But my frustration on Greece's inability to see further than its own nose aside, I won't be touching euro-related pairs until this is all sorted out. Events this week on euro will likely be news driven as the situation unfolds with the negotiations, but generally at times like these its wise to not rely on technicals. One piece of bad news can send eurusd plummeting down. Another piece of good news will make it sky-rocket. I would rather play the aftermath of the outcome than be caught in trying to predict how the talks will end. And I suggest you do the same. 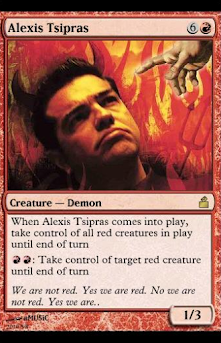